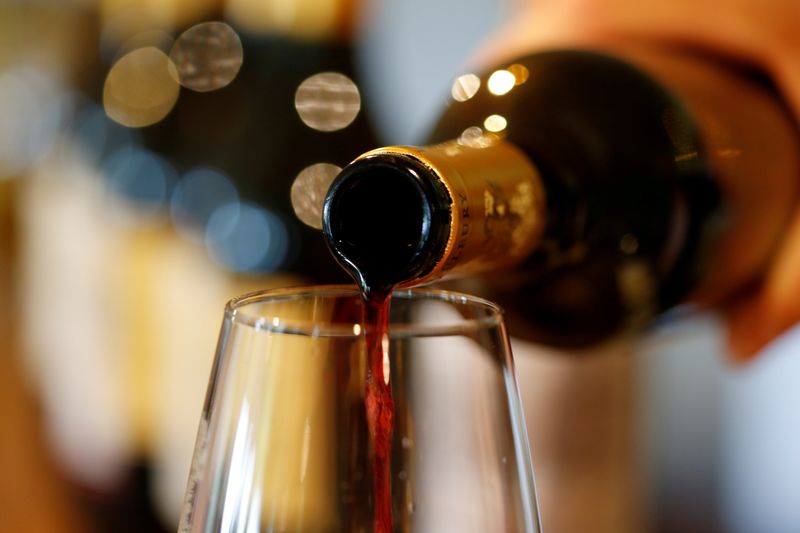 In initial estimates for 2020 output, the International Organisation of Vine and Wine (OIV) pegged this year’s world wine production at between 253.9 million and 262.2 million hectolitres (mhl), with a mid‑range estimate at 258 mhl.

It was the second consecutive year that global wine output remained below average after rising to near-record highs in 2018, the Paris-based organisation said.

“This is not necessarily to be considered bad news for the wine sector, given the current context, where geopolitical tensions, climate change and the COVID-19 pandemic are generating a high degree of volatility and uncertainty in the global wine market,” OIV said in a presentation.

In the European Union, vineyards benefited from good weather conditions but output remained lower than average as producers and governments limited production to counter the negative impact from the pandemic, OIV said.

In France, for example, champagne producers agreed to collect about 20% less grapes this year as they tried to recover from a collapse in sales caused by the coronavirus crisis.

OIV expects EU states, which include the world’s three largest wine producers – Italy, France and Spain – at 159 mhl, up 5% on 2019 but still below average.

One hectolitre accounts for 133 standard bottles.

In the United States, preliminary estimates put wine output at 24.7 mhl, up 1% on 2019, but the forecast could be revised when more information on the effects of wildfires in the Napa and Sonoma regions emerges in the coming months, OIV said.

As libraries fight for access to e-books, a new copyright champion...

This is An ‘Incomplete’ Economic Recovery: JPMorgan’s Joyce Chang Description:

Playdate, the tiny handheld with a crank, is delayed to early...